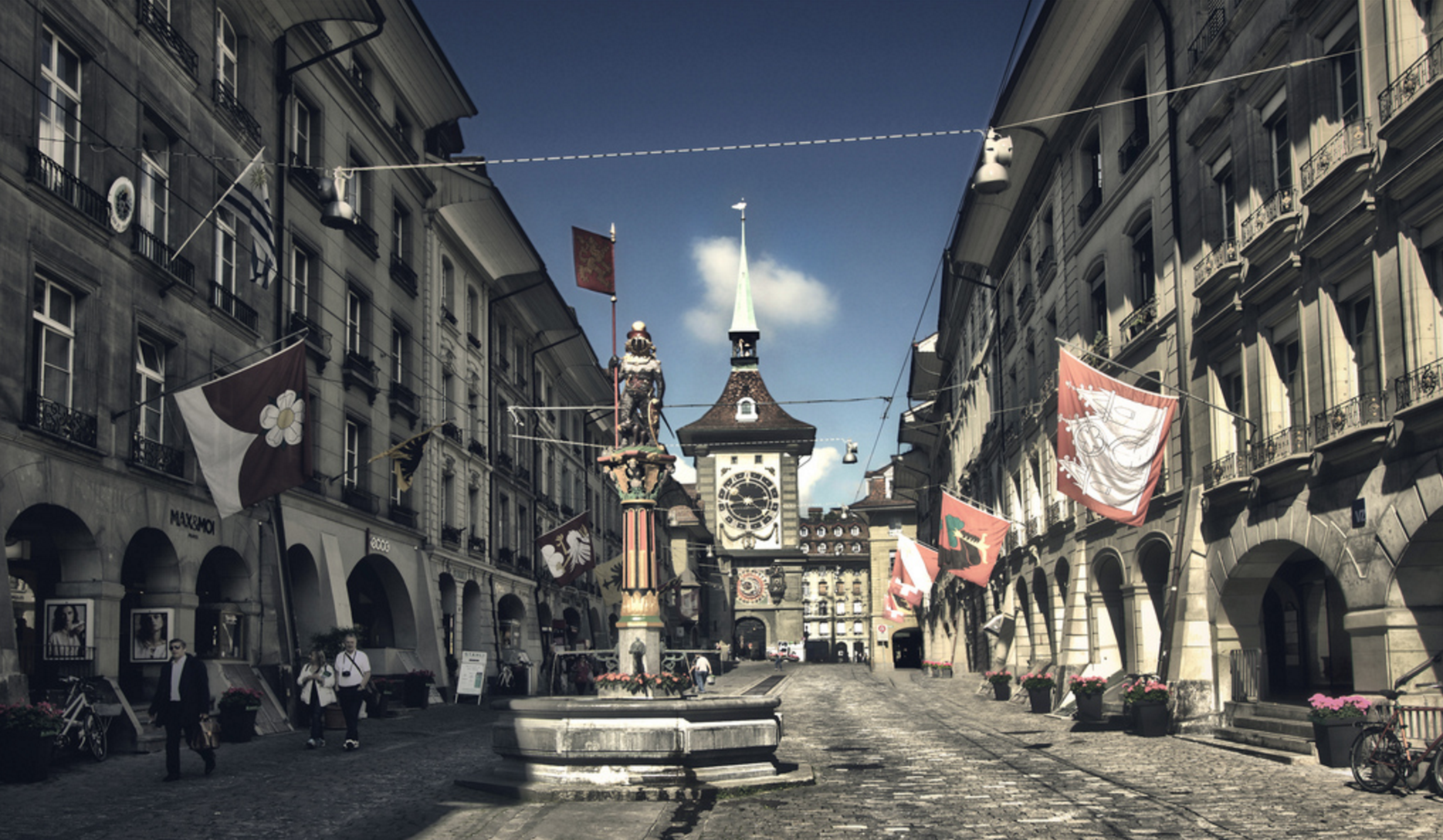 The Clock Tower (Zeitglockenturm) was Bern’s first western city gate (1191 – 1256) and formed the boundary of the first city extension. Today it is one of Bern’s most important sights. The ornate astronomical calendar clock was created in 1530.

The tower clock was the city’s main clock and therefore had an authoritative function in Bern. It was from there that travel times indicated on the hour stones along the cantonal roads were measured. Length units – formerly cubit and fathom, today meter and double meter – for public inspection are displayed in the arch of the gate.

Bern’s most famous Old Town sight, this ornate clock tower once formed part of the city’s western gate (1191–1256). Crowds congregate to watch its revolving figures twirl at four minutes before the hour, after which the chimes begin. The clock tower supposedly helped Albert Einstein hone his special theory of relativity, developed while working as a patent clerk in Bern.